I post a lot of rants, because there’s a lot of negative crap to rant about.

But hey, it’s not all bad. There are still a lot of great people out there. And once in awhile they do something really incredible that warms the cockles of my cynical heart.

This is one of those times!

With the help of the Make-A-Wish Foundation and the city, 5-year-old Miles Scott, aka #SFBatKid, will rescue a woman from cable car tracks and capture the evil Riddler as he robs a downtown bank.

A flash mob will then summon the leukemia patient for another caper — the diabolical kidnapping of the San Francisco Giants mascot — Lou Seal — by the Penguin. 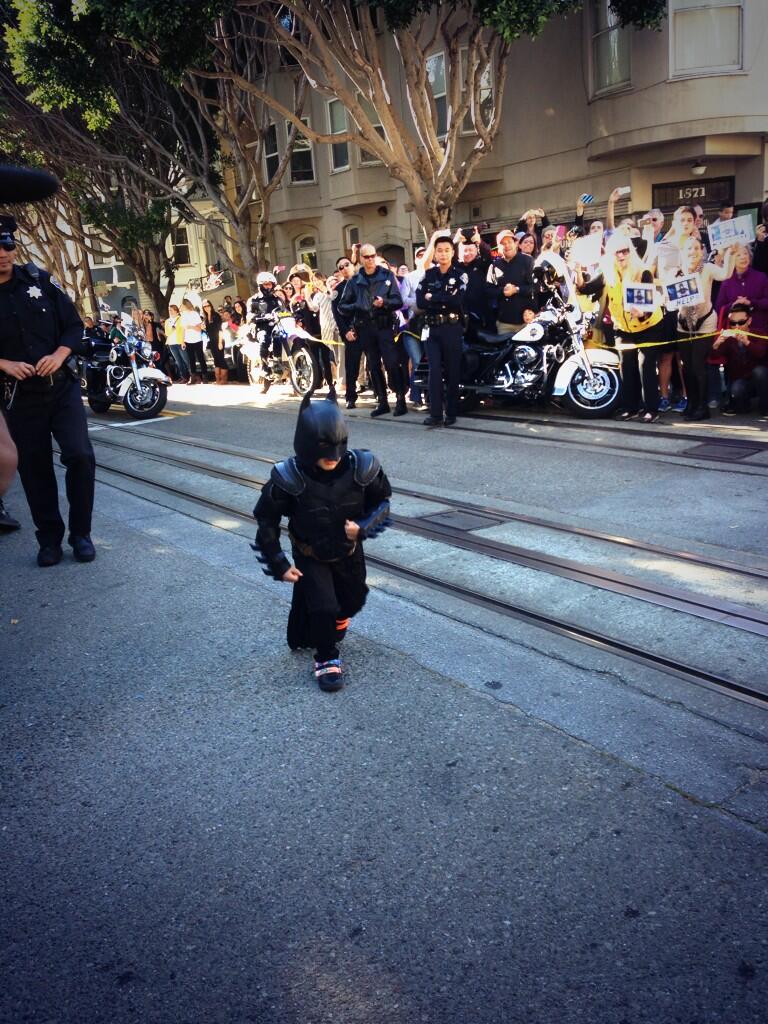 Is Your Religious Freedom at Risk?

This is a much-discussed topic these days. In lieu of a writing a post, I’m going to link to one from last year which is itself mostly a link to someone else who can talk about it much more authoritatively and eloquently than I can. It’s worth a read or a re-read.

Haven’t really had time to dig into Obamacare in the blog yet, but this re-blog can serve as a starting point.

So here’s my advice: If you’re somebody who’s smoking hot about the Big Lie of the Affordable Care Act — you know, how President Obama told everybody that if they liked their current health insurance policy they could keep it — do yourself a favor. Avoid the county fair midway.

Because if you go, you’re apt to encounter a quick-handed scoundrel running a shell game, and that boy will take your money. Doubtless Obama should have said almosteverybody could keep their current plan, or that 95 percent could, but he apparently found that too, um, subtle for the campaign trail.

So now old Mitt “47-percent” Romney gets to call him a liar.

But while your attention’s fixed on the president’s “mendacity,” and “paternalism,” to quote one characteristically overwrought scribe, America’s beloved health insurance industry is demonstrating exactly why we needed reform all along. Certain companies are taking advantage of…

I don’t have the time I’d like to properly comment on this story, but it makes me sick. What sort of compromise can we hope to achieve when one side will tear apart one of their own for calmly and rationally expressing a viewpoint that deviates even slightly from the extreme?

The one thing I will point out is this response from a gun rights advocate:

“The People of the Gun”? It’s like a religious fanaticism, and it’s nearly impossible to reason with religious fanatics; rational thought doesn’t enter the picture. There’s more to pick apart in this statement, but I really do need to get back to work, so I’ll let you read the full piece for now, and try to post more later.